Feeling Part of the Team: The Importance of Building an Inclusive Culture in the Workplace

The letter of resignation came as a shock. The departing employee had just started six months earlier and brought the ideal skill set for the position. They received a substantial salary increase from their previous job, and no one had noticed any signs of discontent. When asked their reason for leaving during the exit interview, after some hesitation, the explanation came out: “I don’t feel like I belong here, and I don’t think anyone really understands who I am.”

When pressed for details, none were forthcoming. One question came up among the leadership team again and again, “How many other employees feel the same way and what changes do we need to make?” This prompted a review of the company’s diversity and inclusion program, which showed some progress in the diversity of its workforce, but no clear way to measure improvement in inclusion.

An Inclusive Culture Enables a Diverse Workplace to Thrive

The term “Diversity and Inclusion” has become so common that it can be easy to miss the different meaning of each word. A recent article in Gallup’s Workplace magazine defines the distinction between diversity and inclusion:

“Inclusion has to be understood as very different from diversity because simply having a wide roster of demographic characteristics won’t make a difference to an organisation’s bottom line unless the people who fall into any one demographic feel welcomed. Inclusion refers to a cultural and environmental feeling of belonging.”

Organisations that have successfully established a diverse workforce can reap the proven benefits that it provides, including a wide array of perspectives and experiences.  However, seemingly innocuous practices that are embedded in a company’s culture have the potential to make a segment of its workforce feel unwelcome and alien. But, when the possible problems with these practices are identified, a commitment to creating an inclusive culture can lead to changes that can vastly improve a work environment.

Consider the example of a tech start-up company that was founded by a group of friends from college, all coming from very similar backgrounds. Every year, a company picnic was held on a Saturday or Sunday with two key competitions taking place among the work teams: a relay swim race and a barbecue cook-off, followed by an employee recognition awards ceremony. This tradition continued as the company grew rapidly and employed a diverse range of talent.

While many employees looked forward to the company picnic, others began to quietly dread it. A few of the reasons these employees felt uncomfortable were:

The goal of the company picnic was to build teamwork and show appreciation, but it had the opposite effect on some employees. For some, the timing and activities held at the picnic sent the message that “you and those who are like you do not really belong here.”

When leadership became aware of the distress that the picnic was causing some employees, they took the time to reach out to every employee to get their feedback on the timing and the events held at the picnic. Great care was taken to implement all of the ideas they received that were feasible and each employee was specifically thanked for their input. This effort was an important step in creating an environment in which every employee felt included and valued – in other words, a culture of inclusion.

At some point in many job interviews, the job seeker is asked, “Tell me about yourself.”  They will try to respond with details about themselves that they think the interviewer will like. But, as the candidate mentally calculates what to emphasise, they may also be thinking about what information to withhold because of how the interviewer may perceive them. Once a candidate is hired, this stressful mental exercise can continue.  This can be especially true for those who are in some way different from the majority of their coworkers.

An article in the Harvard Business Review notes that, “Employees who differ from most of their colleagues in religion, gender, sexual orientation, socioeconomic background and generation often hide important parts of themselves at work for fear of negative consequences. We in the diversity and inclusion community call this ‘identity cover,’ and it makes it difficult to know how they feel and what they want, which makes them vulnerable to leaving their organisations. The key to inclusion is understanding who your employees really are … In an ideal world, all leaders would be adept at understanding their employees and making sure they didn’t lose any through neglect or ignorance.”

Employees who feel they need to cover parts of their identities can lead to behavior in the workplace that is driven by fear. Examples provided in the article include a mother who hesitates to put up pictures of her children because she is afraid coworkers will question her commitment to her job; a Muslim who prays in his car because he does not want to experience Islamophobia; and a gay executive who hesitates to bring his same-sex partner to a company event. By masking part of who they are, these employees implicitly feel that they do not fully belong where they work.

The leaders at the tech start-up had no idea that they were alienating part of their workforce at their company picnic. It can be challenging to perceive what aspects of the work environment need to be changed to promote inclusion, especially for those employees whose backgrounds and identities may be unfamiliar to the majority at a workplace. It is for this reason that the proactive approach of implementing an inclusion program is an important first step in creating an inclusive environment.

Every organisation is different, so the content and structure of a new inclusion program needs to meet the conditions of your organisation. The Society for Human Resource Management (SHRM) offers an inclusivity checklist for HR that provides a good place to start:

Empowering the Workforce by Example

When Eric de los Santos arrived at Brown University as a scholarship student from Hawaii, he was struck by how different he felt from the other students. As a child of immigrants and a gay Filipino-American, he grew up valuing the diversity of cultures that characterise Hawaii. When he came to the mainland, he noticed that many people he encountered were guarded about their cultures and identities.

His commitment to confronting and challenging bias led him to become co-founder of the Filipino Students Alliance. After receiving a law degree from the University of Washington, de los Santos worked as a trial lawyer before joining TrueBlue as a corporate counsel. Shortly after joining the company, he was invited to a corporate outing that included spouses and significant others. It was the early 2000s, when same-sex relationships were far less accepted than today, and same-sex marriage was still several years in the future. After he introduced the man who is now his husband as his boyfriend, he was congratulated by many of his colleagues, who thanked him for being open about his relationship.

When TrueBlue started a Diversity and Inclusion Council, de los Santos was the natural choice to lead it. Today, in addition to being the President of National Filipino American Lawyers Association, de los Santos is Associate General Counsel, Senior Director of Employment Law at TrueBlue.

At PeopleScout’s 2019 NEXT Talent Summit, de los Santos led a Big Idea Talk and breakout session in which he reflected on his own experience, the success of building a diverse and inclusive work environment at TrueBlue, and the vital role of leadership:

“It is important to be your authentic self, not to feel that you cannot be who you truly are because of another person’s preconceived judgement,” de los Santos said. “If employees feel they cannot be who they truly are and express themselves in a way that is natural for them, they will not be able to display their full potential. If an employee is struggling with something in their lives that they don’t feel they can share, that employee will feel isolated. They may not be able to concentrate on their work and could develop a feeling that no one cares about them and start to think about an exit strategy.

“But, when employees experience genuine respect and feel safe to express themselves, productivity, retention rates and morale all increase. Leaders have a duty to create an environment where people can be their authentic selves and set the example with their own behavior that displays respect and a willingness to listen, and clearly communicates the value of every employee.”

While the arguments to build an inclusive culture at work may sound compelling, how important is inclusion to an organisation’s success? A study from Deloitte cited research that found that organisations with inclusive cultures have a clear advantage over those that do not.

Organisations with inclusive cultures are:

Successfully building a culture of inclusion requires a serious commitment from the leaders of an organisation and participation at every level. While there may be challenges along the way, the efforts made to create a culture of inclusion can result in increased retention, greater commitment and input from the workforce, which can lead to markedly improved business outcomes. 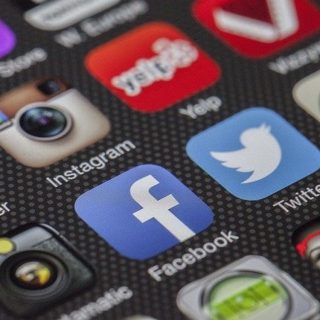 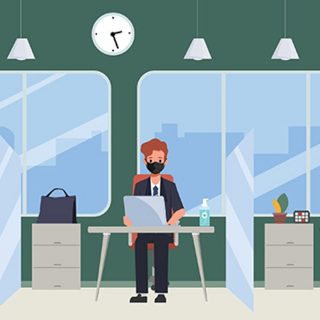 To office or not to office, is this the question! 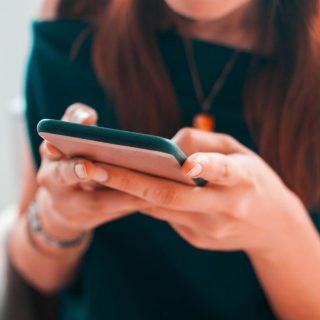