Australia’s unemployment rate fell in December to 5.0%, beating analyst expectations that it would remain at November’s 5.1% level. Unemployment is now at its lowest level since June 2011. The job gains were due to an increase in part-time employment which rose by 24,600, offsetting a decline of 3,000 full-time workers. Despite the tight job market, wage growth remains sluggish.

+3: The next index will be reported on January 28. Therefore, the latest index is the December release which showed that according to the NAB, the business confidence index fell to +3 index points.

Australia’s unemployment rate fell in December to 5.0%, beating analyst expectations that it would remain at November’s 5.1% level. Unemployment is now at its lowest level since June 2011. In seasonally adjusted terms, the largest increase in employment was in Queensland (up 11,600 persons), followed by Victoria (up 10,500 persons) and New South Wales (up 3,800 persons).

“Employment ended 2018 with a sound run. In the year to December total employment grew 268,600, or 2.2%, which matches the six month annualised pace of 2.2%. While it is true that the momentum in the Australian labour market eased through 2018 — annual growth peaked at 3.6% in January — it can still be described as sound.”

The job gains were due to an increase in part-time employment which rose by 24,600, offsetting a decline of 3,000 full-time workers. December was the second month in a row that full-time employment fell. The slow rate of full-time job growth is a cause for concern as the Sydney Morning Herald noted:

“There are some signs of a slowdown with the total number of full-time jobs created in the past 12 months down more than 40% on the record-breaking performance of 2017. For the second consecutive month, full-time employment edged down nationally while the under-utilisation rate also remained elevated at 13.3%.”

The under-utilisation rate includes both those who are unemployed and those who are under-employed. The labour force participation rate fell by one-tenth of a percentage point, reversing last month’s increase.

“Unemployment hasn’t been this low since 2012…Meanwhile, jobs vacancies are up 13.6 per cent on last year at 6.5 year highs, and business profits are up 13.2 per cent in 2018’s September Quarter on 2017’s. These are healthy statistics for the Australian economy. But for another key metric – wage growth – it has been a different story. Indeed, those Australians who were lucky enough to receive a pay rise last year likely saw one which fell flat in the face of those handed out in the years of the mining boom, when Australian wages went up as much as 1 to 2 per cent year on year, accounting for inflation.

‘Don’t believe we’re living through a Golden Age in the economy,’ University of Sydney Business School Professor John Buchanan told YourMoney.com.au. ‘The labour market has seen a significant deterioration for many people, It’s just becoming clearer for more people to see. It’s been something coming for quite some time.’

Figures released by job-seeking website Indeed show that every industry is now recording wage growth in the past year below their decade average. And that’s despite the number of open and unfilled job listings growing. So the big question for many is: where’s my pay rise?” 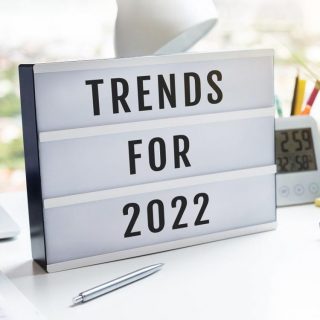 We’ve hired 270 recruitment specialists to join PeopleScout this year. Just a sign of the times.

It's not a magic disappearing trick .....