The first seven months of 2019 have provided economists with an important lesson: labour markets can continue to expand and strengthen even during times of profound economic uncertainty. The unresolved trade issues that are at the root of this uncertainty include:

Yet, despite the threat of future instability, most leading economies continued to have low unemployment, strong job creation (although often at a reduced rate of growth compared to 2018), and high levels of job vacancies. As economic expansion continued well into the third quarter, employers were challenged by the scarcity of available talent and the ensuing need to raise wages to recruit and retain their workforce.

The U.S. economy added 164,000 jobs in July and posted an unemployment rate of 3.7%. July capped 106 months of continuous job growth – the longest stretch in the nation’s history. The unemployment rate dropped from 4% in January to just 3.6% in April and May. The slight increase to 3.7% in June and July was caused by more Americans joining the labor force, a sign of growing confidence in the labor market. There have been more than 7 million job openings posted each month so far this year, greatly outnumbering the unemployed.

Job growth averaged 165,000 new jobs per month in the first seven months of 2019, decreasing from the rate of 227,000 during the same period last year. The slowing rate is explained by some analysts as a sign that the economy may be running out of workers. However, a more verifiable cause is that trade uncertainties have stalled growth in goods-producing sectors, such as manufacturing, and this is causing a drag in the overall growth rate. The decreased rate of job creation has not raised significant concern because it is still comfortably higher than the approximately 100,000 new jobs required each month to meet the growth of the working-age population.

Canada’s employment numbers in the first half of the year were mixed. After starting the year with two months of strong job growth, Canada posted a net job loss in March. In hindsight, this decrease appeared to be an anomaly when 107,000 jobs were added in April. However, the increase in jobs slowed significantly in May with only 27,700 new positions. In June, the Canadian economy posted a loss of 2,200 jobs, followed by a decrease of 24,200 payrolls in July, raising the unemployment rate to 5.7%.

In Europe, many economies posted strong job gains and continued low unemployment. The UK’s August Labour Market Report showed 425,000 more people working than one year earlier, with employment rates at or near record-highs throughout 2019. Brexit continued to consume much of the public’s attention after the March 31 deadline was missed. The rejection of Prime Minister Theresa May’s negotiated Brexit agreement led to her resignation. She was replaced by Boris Johnson, who campaigned heavily for Brexit during the national referendum. With the October 31 deadline growing closer every day, fears have increased that the UK will leave the European Union with a No Deal Brexit, causing the pound to stumble and generating calls for renegotiation with the EU.

Other APAC economies posted mixed employment numbers. Australian unemployment fell to 4.9% in February, the lowest in eight years. However, it has been higher ever since, ending the first half of 2019 in June at 5.2%, which held steady in July. New Zealand reported that its unemployment rate had fallen to 3.9% in the second quarter of this year, down from 4.3% at the end of 2018.

Wages Rise with Demand for Talent

When wages rise faster than the rate of inflation, households are able to increase their spending power, which, in turn, can benefit the economy as a whole. Wage increases have outpaced inflation in much of the developed world so far this year. When the supply of talent remains as low as it has in many of the world’s largest economies, employers raise wages with the hope of recruiting new workers and keeping those they already have.

In two other major English-speaking economies, wage growth was both more modest and uneven. Canada posted anemic growth rates in much of the first half of 2019, reporting annual weekly wage gains of just 2.1% in May before jumping dramatically to 3.6% in June and rising again in July to 4.6%.

In Australia, annual wage growth remained at just 2.3% for the 10 months leading up to June 2019. After instituting a new law on July 1, Australia has the highest minimum wage law in the world. Australian wages are considered to be high in relation to comparable economies and some posit that the already-high wages blunt the demand for pay increases. Another reason offered for its comparably low rate of growth is Australia’s relatively high unemployment rate. Wages have grown much faster this year in the U.S. and UK, where unemployment rates are below 4%, while Australia’s wage growth has stalled with unemployment rates above 5% for much of the year.

Call the Matchmaker? The Evolving State of Talent Supply & Demand

Indeed’s Hiring Lab studied labour markets in four key economies – the U.S., the UK, Australia and Canada – for the past five years. Indeed leveraged its extensive job posting and résumé data to research how the distribution of job listings has evolved in these four markets and how successful job-seekers were in keeping up with changing demands for talent.

Why does the mismatch rate between job candidates and job postings decrease when labour markets improve? Indeed offers the example of a construction worker applying for jobs during a recession when construction jobs are scarce. With few construction jobs available, this unemployed worker would need to look to other sectors – such as retail – to find work. Once the labour market strengthens, more construction job opportunities open up, increasing the chances of matching a job for which they are qualified. When the job market improves overall, so does the level of candidates matching the jobs being offered.

However, a greater rate of matching between job-seekers and job postings driven by an improved labour market is not necessarily a panacea for employers:

“In a tight labour market, employers see relatively few candidates compared with the number of jobs available,” the report stated. “All that declining mismatch indicates is that the candidates employers are seeing are better suited for posted jobs than applicants were a few years ago. Overall, it’s hard to find workers when unemployment is so low. And, that’s particularly true for roles that are chronically tough to fill, such as some nursing or tech positions. But, when hiring is so competitive, the challenge of finding workers isn’t confined to those tough-to-fill roles.”

And, while mismatch rates have improved, they are still significantly high in all four countries. Australia has the highest rate at approximately 50%, while the mismatch rate is roughly a third in the U.S., 40% in the UK and just below 30% in Canada.

The research illustrates that, even in the best-case scenario, one in four active job-seekers are mismatching with the jobs being posted. With demand at or near historic highs, this can lead some employers to bring on those without the right skills and experience to succeed, potentially leading to increased training costs and higher turnover.

Preparing & Planning for a Hiring Recovery

How well communicated are you about IR35? 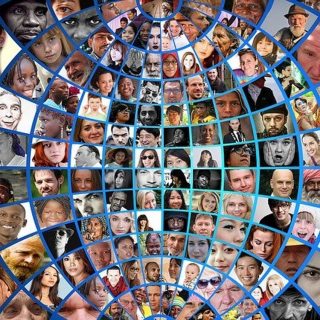 How to diversify your graduate applications